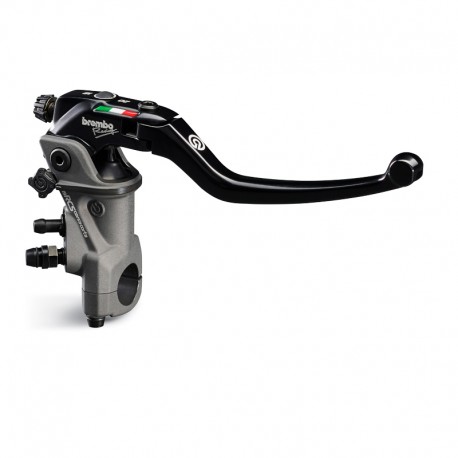 With 6 different brake modulation options. The 19RCS CORSA CORTA is characterized by the possibility it provides the rider to adapt the braking "bite point" to the desired riding feeling, in addition to the RCS (Ratio Click System), introduced 10 years ago on the Brembo 19RCS radial brake master cylinder, which allows the center distance of the master cylinder to be adjusted to "18" or "20".

The meticulous study to improve the master cylinder has allowed Brembo to propose three brake master cylinders in one and to further improve braking system performance. Furthermore, taking advantage of the mixture stemming from the 18 to 20 center distance and the three maps - R,S,N - no less than 6 different combinations can be attained. The play selector lets the rider choose between the three different available feeling maps.

-With the Normal map, the bite point position is such to guarantee a more gradual initial phase and is therefore suitable for city riding or braking in poor grip conditions.

-With the Sport map, the bite point position is such to shorten the initial phase compared to the N setting. This second map allows for a more dynamic response and a sportier riding style.

-Lastly, with the Race map, the eccentric device allows the initial phase to be shortened even more, taking it to a minimum value at the same level as the master cylinders used in MotoGP: this way, the rider is able to reach the braking bite point at lighting fast speeds. This third map is ideal for a racing riding style that shaves off precious hundredths of a second in braking.

The RCS system (Ratio Click System), on the other hand, shifts the distance between the fulcrum point and the point of application on the master cylinder push rod by 2 millimeters: this results in a different distribution of the braking force without it being modified in terms of pure power. The master cylinder body is made of forge aluminum alloy, machined with 5-axis CAM technology. A hard oxide coating is used for the surface finish, which guarantees that the master cylinder main body is highly resistant to wear and its components move easily. The floating piston and the seals derive directly from those used in MotoGP, as do the housings for the bleeding and fueling systems, which are inclined by more than 30° to make bleeding the master cylinder easier. A study was conducted for the design of the 19RCS CORSA CORTA in order to find consistency of style between all the components of the master cylinder, which now has a distinct, dynamic and sporty look in line with the style of the bikes for which it was conceived (model or design filed simultaneously with the filing of the patent on the technological solution). The lever assembly can be replaced without disassembling the RCS system (Ratio Click System) from the master cylinder and this allows the calibrations made in the installation phase to be maintained unaltered.

Be the first to write your review! 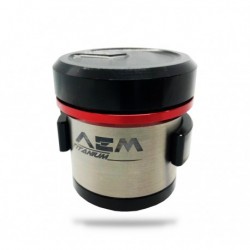 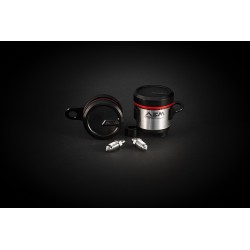 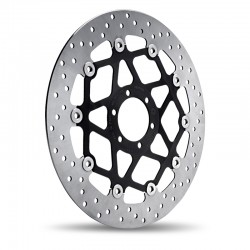 The BREMBO floating discs are made of the highest quality...
€246.28 Price 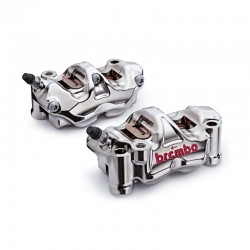 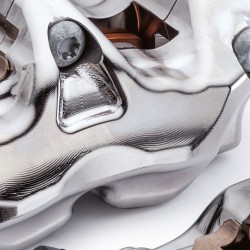 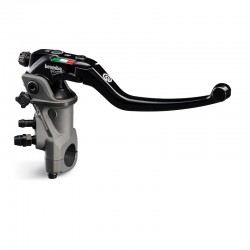